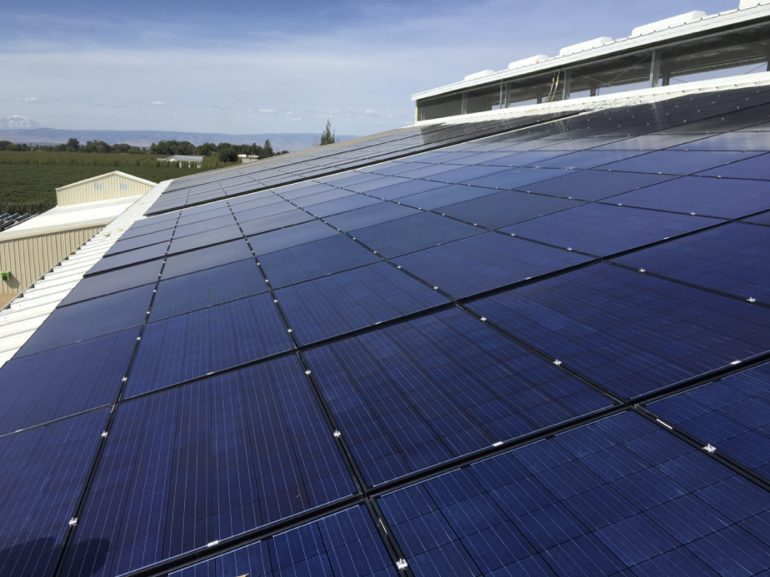 The non-profit solar advocacy organization hailed the Green Acre Farms installation as “a significantly important project for particular market segment: the farming community in central Washington.” Solar Washington devoted an entire article to the project, calling it “one of the largest commercial system[s] in Central Washington.”

Solar Washington noted that the 112 kW solar system, consisting of 437 Trina solar panels, is expected to save Green Acre Farms about a half million dollars in energy costs over the next 25 years as it powers the company’s hop-drying facility. The project is expected to pay for itself within 5-6 years. The article also pointed out that the system qualifies Green Acre Farms for a $5,000 annual cash incentive and a 30 percent federal tax incentive.

The piece also highlighted the positive impact a project of that size can have on the environment, as it is believed the 9,000-square-foot system will reduce greenhouse gas emissions by more than 2,400 tons of CO2 over the next 25 years.

“While a majority of solar electricity is produced at large, utility-scale solar power plants,” the article said, “the greatest number of solar jobs are located with companies like Solora Solar doing the work to bring clean energy to the public.”

Solar Washington, which has been successful advocate for solar energy for more than 15 years, featured the article in its Solar In Action section of the website, which “highlights unique and noteworthy solar installations throughout Washington.”

We Love Staying In Touch With Our Customers