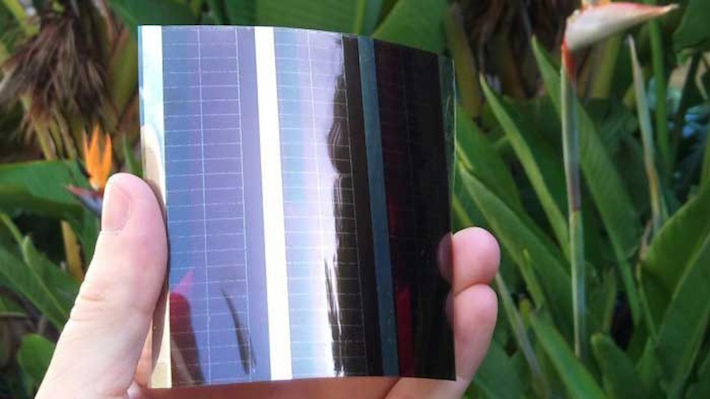 Printing Solar Panels on Our Curtains? Don’t Blink, It May Happen

Could it be possible one day to hit the “Print” button on your computer and generate a sheet of… solar panels? Will we someday peek through solar panels printed on our curtains and blinds to see if it’s nice outside?

The phenomenon is not as far off as you might think. According to the Australian website Habitat, it is already possible to print solar cells with inkjet printing. Scientists believe it won’t be unusual someday to print cells on a variety of surfaces, including walls, umbrellas, tents and windows. And developers of clean energy in Seattle are already experimenting with the process in a new clean energy lab that opened this month.

Printable solar cells are made by printing a special type of photovoltaic film on a plastic surface. The product is much cheaper than purchasing the solar panels that have been used on the roofs of homes and businesses for years, but it also has a ways to go in terms of efficiency — paper cells are about 10 percent efficient, compared to an efficiency rating of around 25 percent for PV solar panels.

“Silicon is falling in price, but think about how cheap plastic is. The ink is a negligible cost, so the raw materials are very cost effective. This is a big step forward because you can put these cells anywhere you can think of. Also the consistency is better than silicon — they work well in cloudy conditions,” photovoltaic expert Dr. Fiona Scholes is quoted as saying in Habitat.

In Seattle, testing has begun on the process at the newly opened Washington Clean Energy Testbeds. The facility’s director, J. Devin MacKenzie, told the Everett Herald the new technology would not only be more affordable, but it could be produced much faster and create less waste.

“This would take an hour to go from a new design to printing something structurally,” MacKenzie told the newspaper.